PETER QUINTON HONEY: RETROSPECTIVE OF A LIFE IN COLOUR

Peter Quinton Honey was an expressive and passionate artist. He had a colourful and interesting life the spanned many countries and continents. He was also my Grandfather, and the reason I wanted to start Galleryfy.com. Throughout his life he looked to support a number of charitable causes, so it is fitting that even after his death in 2012, the work he produced is still making a difference to those he most sought to help. This October a retrospective exhibition at Thoresby Hall Courtyard Gallery aims to raise funds for The Bread Fund, a Retford Rotary Club charity focused on providing improvements in education, health and welfare for over 700 children in the Amazizi Valley, KwaZulu Natal, South Africa. 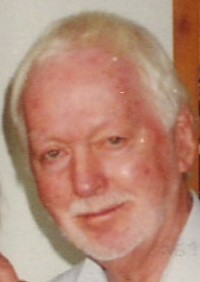 Born in Pretoria, he showed an ability for Art from a young age and was tutored at the age of 12 by Walter Batiss a leading artist and authority in Primitive Cave Art in South Africa. 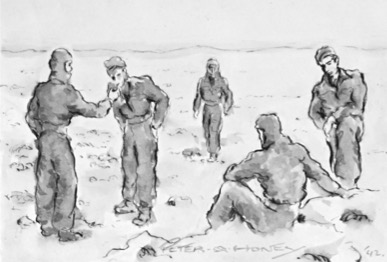 Following school he joined the army but after being wounded in Sollum North Africa he became a war artist for Libertas Magazine. In 1943 he began a stage career, first acting, then becoming a Comedy Cartoonist Impressionist.

This brought him in the 1950`s to Europe and the UK touring the American Airbases and UK Variety Theatres for the next 20 years.

Between 1973 and 1976 he turned to Set Design and Show Management, designing sets for many shows internationally, including pre Las Vegas shows in the Bahamas, Puerto Rico and the Tommy Cooper Show in Margate.

In 1977 he taught art in Kensington Court School ,London before moving to Spain where he continued Set Designing and Construction on several films in Southern Spain. During his twelve years in Spain apart from frequent exhibitions he also taught Art in a local school in Mojacar. 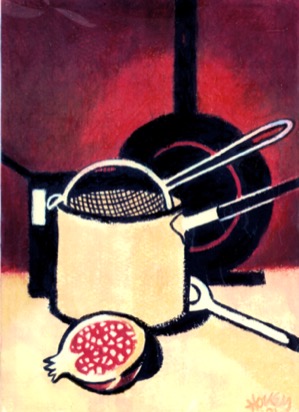 His cartoon work was a regular feature in an English newspaper covering Southern Spain. He returned to England in 1991 where he continued to paint right up to his death in 2012.

I know my Grandfather would have been overjoyed that his work is going to support such a noble and worthwhile cause. The Retford Rotary Club Bread Fund has already supported so many children in their development and education and any proceeds will go directly to those who need it.

Find out more about the the Retford Rotary Club Bread Fund.  (Link to galleryfy breadfund page)